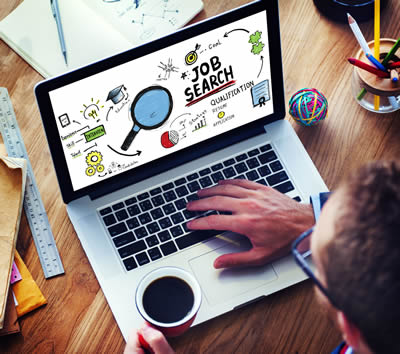 As a student, I was hopeless with money. My loan would come in each term and I would live it up for a few weeks before it all disappeared. I would then spend the last few weeks of each term scrimping and trying to make ends meets. The summer helped ease things as I always worked throughout the summer but all that effort mostly went on paying back debts to friends and family or reducing the bank overdraft.

By the time I reached my third year, I realised that a job in the summer just wasn’t enough. I needed to get money in at other times of the year too and so I began to look for jobs that would fit in with my study … and social life.

One of the first jobs I got was at the student bar. For a few months, this was a terrific way of earning some money. I was out being social, I got to meet all sorts of people, I learnt a lot of life skills – handling cash, simple arithmetic, handling drunks and I got a healthy paycheck at the end of each week. I think the lustre of this job got tarnished and eventually destroyed after a particularly likely night when someone vomited all over me. I have never been able to stand the smell of Red Bull and vodka since.

My next job was still within the student bar, which, incidentally, is a great place to pick up some work. This time I worked security at functions. This was better than the bar work for several reasons. Firstly, the pay was better; secondly, you could quickly eject anyone looking likely to vomit all over you; thirdly you got to see bands and comedian acts for free and fourthly you got to wear a security jacket.

The Post Office was my next employer. This was over the Christmas period and it was a proper job. I had to pass several assessments and interviews but one that was over I have given a route, a mail bag and… a cycle. There were four of us from my university working at this branch over Christmas and we all turned up at the eye-waveringly early time of five o’clock to help sort the mail into the delivery bags. We were turned loose. We each had an area and the skill was to be found in the speed you could open the gate, manoeuvre past the car/dog/children’s bikes and get to the mailbox. The best mailboxes were at head height with an easy hinge, the toughest were at the bottom of the door, with a mat shoved up against it so it took you minutes to push the mail through the gap.

The bicycles were heavy and turned corners like a tank but they never had punctures or broke down, the uniforms were ill-fitting but warm and the paychecks were satisfyingly ‘proper’.

My final holiday job, apart from the obligatory factory work, was a Christmas spent working at a riding stable. When I rang the owner about some work, he was very happy to take me on… until it was clear that I expected to be paid in hard cash, not free riding lessons. When I turned up on my first morning, the reason was clear. There was me, just 20, slightly hungover from a party that had ended a few hours earlier, with a ragged pair of jeans and a scruffy jumper. My five fellow stable lads and lasses were all a good five years younger and all looked as if they had walked out of the pages of ‘My Little Pony’.